Cut across Real Estate, Financial Services, Manufacturing,  Tech, Green tech and Agriculture, this young entrepreneurs, disruptors and innovators featured on this list are impatient to change Kenya. Together, they represent the entrepreneurial, innovative and intellectual best of their generation.

This young Kenyans are solving problems like healthcare and electricity shortages, proffering innovative solutions to waste management, building virtual and physical communities and creating lots of jobs. A few of them are manufacturing the foods we love,  and some are developing some cool apps for mobile phones across Kenya.

Of course, this list is by no means official or exhaustive, but this is the closest you’ll get to a definitive list.

Lorna Rutto, 28 is the founder of EcoPost, a profitable social enterprise which manufactures aesthetic, durable and environmentally friendly fencing posts using plastic waste, a more environmentally friendly alternative to timber. EcoPost collects this plastic waste (such as polypropylene and polyethylene) and manufactures fencing posts from it. Rutto has earned international acclaim for her efforts in providing an alternative waste management solution to Kenya’s plastic menace.

Both in their late 20s, Kimiti Wanjaria and Ian Kahara are part of a group of four co-founders of Serene Valley Properties (SVP), a Real Estate development company in Nairobi that constructs and sells residential properties to Kenya’s ever-growing middle class. SVP is behind the development of Sigona Valley project, a KSh350m (US$4.2m) gated residential community outside Nairobi.

Wadongo, a 26 year-old Kenyan engineer designed a solar-powered LED lantern called MwangaBora (Swahili for “Good Light”), an invention which is fast replacing smoky kerosene lamps and firelight in rural Kenya. Wadongo has been distributing thousands of these lanterns throughout rural Kenya where there is little or no electricity. His organization, Sustainable Development For All (SDFA) sponsors an empowerment initiative that teaches poor Kenyans how to reproduce these solar lanterns and sell for profit.

The 26 year-old Kenyan entrepreneur is the founder of Stawi Foods and Fruits, an innovative start-up which procures bananas from smallholder farmers in rural Kenya and processes them into banana flour.

Mwale who is 20 years old runs SkyDrop Enterprises, a rainwater filtration and bottling company which produces low-cost purified drinking water, milk and other dairy products in Kenya. Mwale founded Skydrop in December 2009 and the company now employs over 20 people.

Mark Kaigwa, 25 is a multi-talented creative director, filmmaker, digital marketer and entrepreneur. Kaigwa is a co-founder and partner at Afrinnovator, a venture which aims to put Africa on the map by publishing exploits across African innovation, technology and start-ups. He is also Partner at African Digital Art – the web’s leading resource for creative inspiration in animation, illustration, photography and design from Africa.

Having been in the banking industry, Kariuki saw the difficulties that people have when it comes to payments and especially mobile payments. This led to the birth of MPAYER, his mobile money management system, has been widely acknowledged and received awards for innovation. MPAYER recently won second position in a global competiton held in south Africa called Dragons Den and was the best application in Africa and second in the world among 50 top startups globally. MPAYER is having great impact in the SME space in Kenya, allowing small businesses to build strong scalable businesses. Kariuki is passionate about innovation, technology and business. He is also involved in youth advocacy and from time to time travels around the continent speaking to young people about entrepreneurship. He has worked with the African union, the World Bank and even governments in this capacity.

He is the innovator behind ‘Lion Lights’ which are flashing lights set up around a perimeter facing outwards; which are used to scare away lions. Richard devised ‘Lion Lights’ to prevent night attacks by lions on his family’s cattle herd, which was located in Kitengela on the unfenced south side of Nairobi National Park, in Kenya. These types of attacks often lead to the hunting and killing of the lions, which are endangered. After his innovation the lion attacks ceased and soon neighbours were asking for him to set up similar systems around their farms. The cattle were also calmer because the lights meant that they could see the land around was safe.

Boniface Mwangi is an award winning Kenyan photographer and photo-activist. Boniface is the Project Director of Picha Mtaani, which is a mobile photo exhibition held in towns across Kenya, showcasing photographs of the post-election violence that rocked various parts of the country in 2007/08. Picha Mtaani has reached over 500,000 individuals and plans to develop an online platform that will use photography as a catalyst for social change across East Africa. Boniface has worked as a photojournalist for the Standard, and has worked as a freelancer for Bloomberg, the AFP, Reuters, the Boston Globe, as well as a number of other media outlets. He holds a Diploma in Print Journalism from the East African School of Journalism, and has been recognized as a TED Fellow and twice as the CNN Multichoice Africa Photojournalist of the Year. 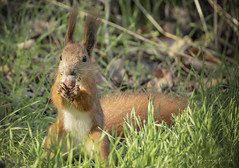 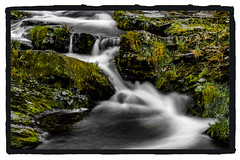 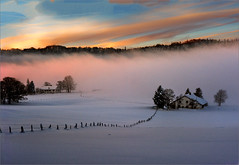